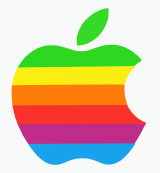 Apple announced that they will be releasing iOS 11 on Tuesday, September 19th. Apple iOS 11 will bring some pretty cool new features including, phone-to-phone Apple pay, a smarter Siri and a redesigned, customizable control center.  However, the new release does not come without issues. Customers running Windows Server 2016 will have issues with Exchange ActiveSync. Exchange ActiveSync users will not be able to REPLY to, or FORWARD, message with attachments from default Mail app on iOS 11. This will only affect customers running Windows Server 2016, if you are running an older version of Windows, you will not be affected.

Is there a workaround?
Yes, you can essentially modify Windows Server 2016 to act as an older version of Windows server, telling iOS 11 to use the HTTP/1.1 protocol vs. HTTP/2. This involves a server reboot and should only be done by a system administrator.

If you are unsure of which version of Windows you are currently running, it may be a good idea to hold off on downloading iOS 11, until you talk to you system administrator to avoid any unnecessary issues.

See what our clients are saying about us:

The guy helping was very personable and competent. He was very normal too and didn’t talk to me about Star Trek or Magic Cards as can be commonplace with IT support services. But I’m not judging, we’re accountants and have our own set of issues
~Nick – CPA Firm

My support assistant was very courteous and professional. Followed up when he said he would and fixed all my issues!
~Bjorn – Engineering